HTC is one of the leading Smartphone maker and its always in race with the other major producers like Nokia and Samsung. HTC was the phone which made Android go viral among the world. And now its also making its Smartphone better in terms of Photography. You might have already read about the 41MP Nokia Pureview-- the phone with maximum Pixels for the best photography and also Nokia is planning to have its 41MP camera in latest Nokia Lumia 920 but HTC is trying to be the best leader even in photography field by introducing its HTC one. 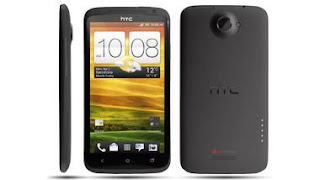 Smartphone maker HTC is looking to breathe new life into its fortunes with its latest product. HTC One, a 4.7-inch phone with the best display in the market at 468 pixels per inch, was launched in Sydney on Thursday 21st.

With this phone, HTC has taken a big step away from the megapixel race. The camera is rated at just four megapixels, but HTC says that does not matter because it has a large sensor, bigger than that in some compact cameras. This ensures high picture quality.

HTC One is powered by Android Jelly Bean, running the firm’s custom skin — Sense 5. This version of Sense brings radical improvements to the phone. The most noticeable change is called Blinkfeed.
Building on the features in Windows Phone and BlackBerry 10, HTC Blinkfeed lets users integrate all their social networks, calendar, email accounts and displays these with news updates. It is the default home screen on HTC One.

Another feature of Sense 5 is HTC Zoe, the new gallery app. It captures a short video, letting users choose the best frame and save it as a picture. Users can also remove unwanted objects from the picture easily. Zoe can also make a short movie from your pictures and videos; it adds background music on its own. Other additions include a new music player app that adds new visualisations and pulls lyrics from the web, and Sense TV, an app that doubles as a remote.
The phone will be launched in India in March.
1 comment:

Android Developers: How to Earn Genuinely with Apps

I was wondering if any app developer can earn a good amount of money with his apps. I myself have a lot of apps on Android Platform but all of them are free apps.

We all work hard to develop a app for our users and then we give it for free, what does it give us in return----popularity (may be)---- But what if we give our app as free and also earn some bucks out of it--"think"--.

Yes I am not joking its true we can earn with our free apps not by giving adds. Giving ads take a lot of time to make some decent amount of money. But here is a really great site that pays you just for downloading its sdk and integrating it with your apps. You would be thinking that your privacy and app would be at risk but feel free as this site is a secured site and I have used it and making decent income.

Here is the site http://startapp.com/rfijpur

And you make a good amount of money as your users download your app, Give it a try and tell me your response, If you have any query you can comment.
No comments: